"Jack Harrell is not afraid to ask questions. In his newest work, Caldera Ridge, Harrell blends an impressive ability to create majestic setting and meaningful characters with questions that will keep you up at night."
--Michael Ferry, 15 Bytes

"The parallel struggles of Jonas and of Kail jeopardize their marriages and children--along with their work, legacies, inner peace, even their souls. I couldn't help turning pages faster, as Caldera Ridge explored the individual choices in each struggle--indeed, in each earthly journey, whether that of Jonas, of Kail, or of the reader--and how these choices move us inevitably toward tragedy or toward hope."
--Heidi Naylor, Dialogue: A Journal of Mormon Thought

Praise for A Sense of Order and Other Stories 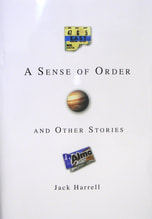 "Harrell is a Mormon author, but not all of the stories include distinctly Mormon elements. A few of the ones that do tilt too far in didactic directions for my taste, although usually in a way that complicates rather than reinforces typical Latter-day Saint perspectives. The element I appreciated most about Harrell’s writing is his ability to distill haunting ruminations into one-liners that echo in my mind long after I put the book back on the shelf."
​—Blair Hodges, By Common Consent
"I don’t know whether Harrell was thinking of Gene [Eugene England, late BYU Professor] when he wrote the story ["Calling and Election"] but I suspect he may have since the protagonist, Jerry Sangood, a Mormon seminary teacher, has just discovered he has a brain tumor, the malady that took Gene’s life. As with Gene, Jerry’s illness leaves him confused, conflicted, and even a little erratic in his thinking and behavior, but it also, as with Gene, leads to spiritual clarity and searing insights. This is the kind of story Gene liked and inspired others to write—beautifully crafted, skillful in its use of imagery and symbolism, freighted with irony, and completely Mormon. While the ultimate meaning of the story is (perhaps deliberately) ambiguous, I read it as a tale of a man’s ultimate commitment to Christ, and the price such commitment exacts.... The ending would have delighted Gene, and he would have understood it completely."
​—Robert A. Rees, The Eugene England Foundation
​
Praise for Vernal Promises 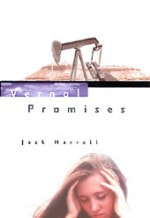 “This is a brilliant novel, written with language that crackles. The relationships are treated with force and poignancy. The power of the story is its authenticity and the character's compelling conversion. He begins as a boy who refuses to accept responsibility, becomes the husband who longs for freedom, and at last the man who feels God's grace in spite of himself and the self-destructive path that has beckoned to him with a siren's allure. This brings a voice to Mormon literature that is clearly worth honoring."
​—Marilyn Brown, author of The Wine Dark Sea of Grass
​
"The novel deals with Mormon characters, but it’s not a story of cheap grace or easy solutions. Jacob and Pam face some serious problems in their marriage—with Jacob’s drug and alcohol abuse, his infidelity, and his fight with his merciless perception of God. If there is a moral to the story, it is that life is filled with hard questions, and simple, or rather simplistic, answers just don’t work."
​ --Bonnie Barlow, Rexburg Standard Journal